Another Mixology Monday is almost here, but it looks to be a busy weekend, so we are posting on Friday. This month’s edition of the online cocktail party is hosted by Scott Diaz of the excellent cocktail blog Shake, Strain and Sip. Thanks Scott. And as always, thanks to Fred Yarm of Cocktail Slut, for keeping the whole Mixology Monday thing going, it is great fun and the source of some very inspiring cocktails. So here is Scott’s theme:

The evolution of the cocktail has been a wondrous, and sometimes, frightful journey… But with all this focus on “craft” ingredients and classic tools & form, it seems we have become somewhat pretentious.  The focus on bitter Italian amari, revived and lost ingredients such as Batavia Arrack or Crème de Violette, the snickering at a guest ordering a Cosmopolitan or a Midori Sour has propelled us into the dark realm of snobbery… Remember, the bar was created with pleasing one particular group in mind: the guest. As such, this month’s MxMo theme… will focus on concocting a craft cocktail worthy of not only MxMo but any trendy bar, using dubious and otherwise shunned ingredients to sprout forth a craft cocktail that no one could deny is anything less.  There are a plethora of spirits, liqueurs, and non-alcoholic libations that are just waiting for someone to showcase that they too are worthy of being featured on our home and bar shelves.  So grab that bottle of flavored vodka, Jägermeister, cranberry juice, soda, neon-colored liqueur, sour mix, or anything else deemed unworthy of a craft cocktail, and get mixin’! 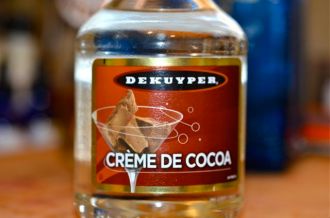 Create or find a drink that uses one or more ingredients that are not considered “craft”, but are used in a “craft” cocktail.  Sweet & sour, coffee, cranberry juice, most flavored vodkas, Midori, X-Rated, Alize, almost anything starting with creme, etc., are all game. 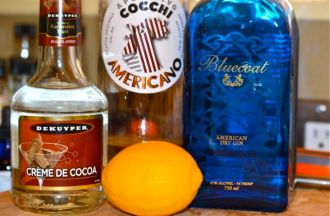 Hmmm. At first, we simply had to laugh. We spend a few years building a bar without “crass” ingredients, and now we need to go buy some. We had visions of Midori dancing in our heads (and back in the day there was plenty of Midori…and headaches). But before we bought anything we decided to use what we have, and we still have the back of one cabinet set aside for “all that other stuff” (you know, the stuff we don’t show off). And the first thing we saw was some Dekuyper White Creme de Cocoa. Yup, crass enough. 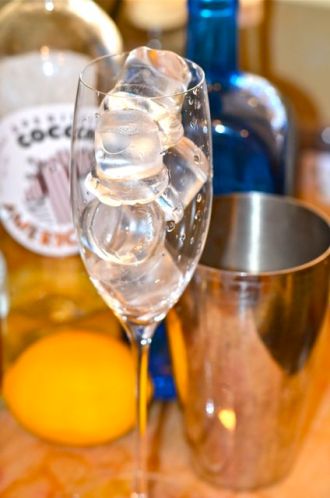 Dekuyper makes many of the most crazily named, colored and flavored liqueurs you can find. They are responsible for “Sour Apple Pucker”, “Razzmatazz”, bottled “Sex on the Beach” shots and dozens of other types of flavored booze. It may all be decent stuff, even fun, but it certainly ain’t “craft”. (But you should check out the cocktail recipes at their website for Spring Break classics like the “Banana Whammer”, “Apple Spazz” and the “Juicy Screw”. And the list goes on, check it out for a quick smile.) 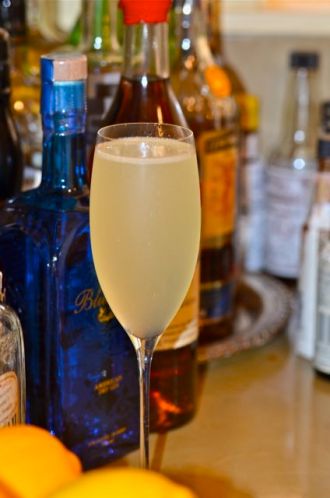 So what to make with our very sweet and somewhat artificial-tasting Creme de Cocoa? The 20th Century, of course. Created by British bartender C.A. Tuck in 1937, and immortalized in the classic Cafe Royal Cocktail book by William Tarling, the 20th Century combines gin, Lillet blanc or Cocchi Americano (to mimic the “original” Lillet), lemon juice and white Creme de Cocoa. Think “Corpse Reviver #2 with Creme de Cocoa instead of Cointreau”. And while your first thought may be “gin and chocolate, yuk”, it does work very well. The chocolate plays well with the herbal gin, sweet fruit of the Lillet and the sour notes of the lemon. If you get the proportions right, there is just a very pleasant hint of chocolate to finish a tasty gin, Lillet/Cocchi and lemon sip. 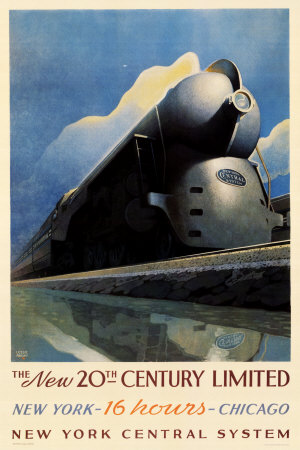 But when using a “crass” ingredient, you sometimes need to play with the proportions. And they do vary for this drink. The original recipe says 2 parts gin to 1 part each Lillet, lemon juice and Creme de Cocoa, but plenty of respected mixologists have tweaked the recipe to fit their tastes. For us, the Dekuyper Creme de Cocoa tastes like milk chocolate but is very sweet and has a slightly artificial aftertaste. We drop the amount of lemon juice and Creme de Cocoa so we still get the sweet and chocolate, but just a hint. If you are making this drink with better Creme de Cocoa, you should adjust as needed. We also suggest you try the 20th Century without Creme de Cocoa and use a bit of simple syrup and a few healthy dashes of chocolate bitters (but that wouldn’t be crass enough). 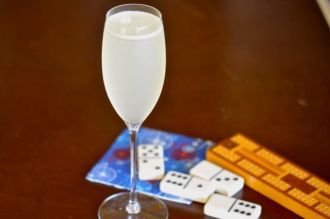 As for the name of the drink, it comes from the 20th Century Limited, the famous art-deco styled train that used to run from New York to Chicago. The 20th Century Limited was quite the swanky spot back in the day (it stopped running in 1967) and many a good drink was poured, and consumed, by the famous travelers who lounged on its cars. So if we combine a great name, a great story, respect from mixologists and great flavor, we think we can say the 20th Century truly is a “craft” cocktail, even with some Dekuyper in it. But we bet Dekuyper, if given the opportunity to be crass, would rename the drink to “Sex on the Train”.