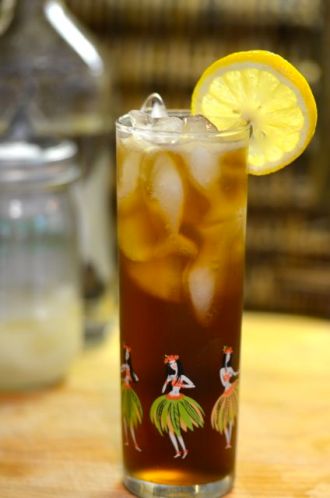 While this cocktail is much tastier than you might think, there is no tea in this drink, and there is nothing “long” about it. “Long” drinks usually denote cocktails that are less boozy and often served in higher volumes, like a Pimms Cup or Dark n Stormy (a Diablo is also a good long drink). Long drinks often make for good summer cocktails, as you can sip them over a lazy afternoon. But with the Long Island Iced Tea, you can sip one over a full afternoon and still feel like you had a Three-Martini lunch…umm… make that a four-martini lunch. 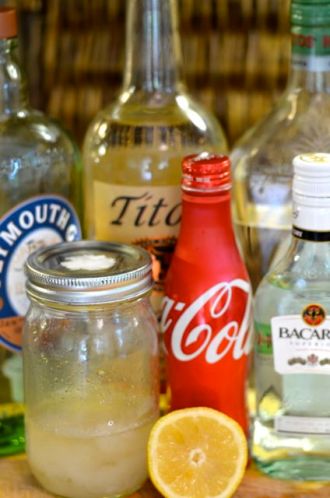 Many ingredients, but most are easy to find or are in your bar right now.

The trick with the Long Island Iced Tea (Latin translation: needus designus driverus) is that most recipes suggest anywhere from four to seven ounces of high-proof spirits per drink (most cocktails have two ounces)- but you really don’t taste the booze. The Long Island Iced Tea tastes good (very good if you tweak the recipe), and goes down way to easy for its own (and your own) good.

Most recipes suggest an ounce to an ounce-and-a-half each of gin, vodka, tequila, rum and triple sec, with some lemon, simple syrup and a splash of coke. We include that recipe below, but it is a bit sweet for most. And while it tastes good, most of the attraction is of the “I can’t believe this drink is smooth with so much booze” category. Our version lightens the drink somewhat (not much) but omits the triple sec and adds more lemon and coke. Usually we don’t mess with original recipes without changing the name of the cocktail. But there are literally dozens of variations on the Long Island Iced Tea (see here, if curious), so whats one more version of the recipe? 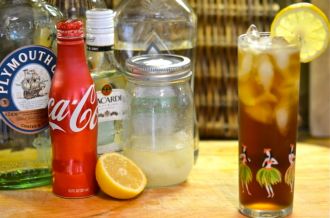 As for the spirits used in the recipe, there is no need for anything special. Decent, inexpensive rum, gin, tequila and vodka will do fine. The real alchemy of the drink is how the spirits mesh, if you add something too good, or aged, it won’t help and may actually harm the drink- and why waste the money? If you do want the best result, fresh lemon juice and simple syrup will work better, but sour mix will work in a pinch. All recipes suggest Coke, and that’s what we use, but any decent cola should be fine. And serve with lots of ice, the dilution helps the drink, and softens the booze (a tiny bit). And in the end, you have a very tasty drink that is a good summer sip. Think rum and coke, but with more tartness, depth and complexity. Just be careful if you have more than one. 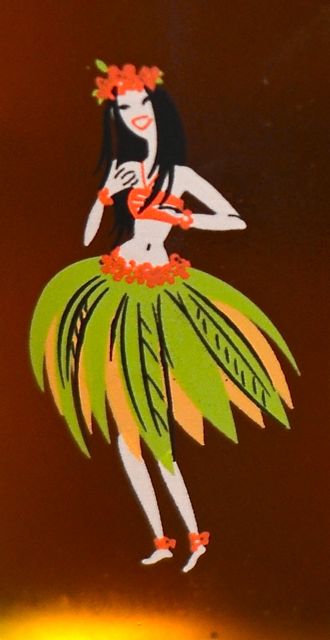 As for the history of this drink, there are simply too many stories to know where it came from. TGI Fridays claims they invented it (doubtful), but bars from Long Island to Tennessee also claim to be the creators. And to make matters worse, the timeframe varies anywhere from the 1920’s to 1970’s. But since neither tequila or vodka were common in the states until the 1950’s, we suspect the Long Island Iced Tea is a more recent creation. But perhaps fittingly, after a few of these cocktails, no one would remember anyway… 😉