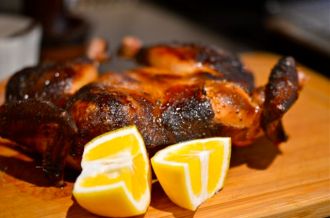 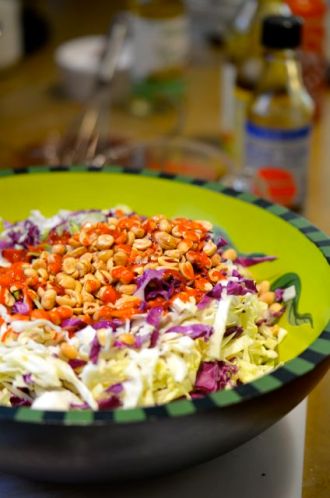 Here at the farm we normally post recipes with a mostly well-defined take on the ingredients and process. With this dish there may still be some work to do. But since this version was very good, and we will be tinkering with this recipe all summer, we decided to share it now. The reason for sharing is that the chicken came out incredibly moist and with a sweet, smoky flavor that was enjoyed by all. A winner. (Good enough that we ate it before we could take a shot of individual pieces. Oops.) 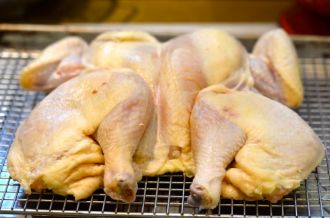 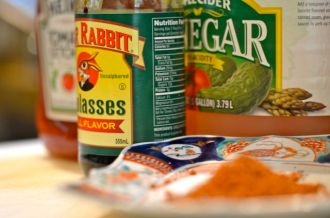 The reason we aren’t “done” is that we consider this a barbecue recipe (serious stuff in these parts) and these recipes require a lot of tweaking on the smoke, rub and sauce. But these refinements are mostly to fit our tastes. Meanwhile, the fundamentals are already there for everyone to play with: brine the bird and smoke low n’ slow over fruitwood. If this seems like the same basic steps for pork barbecue, that’s because they are. Why not start from a strong foundation? 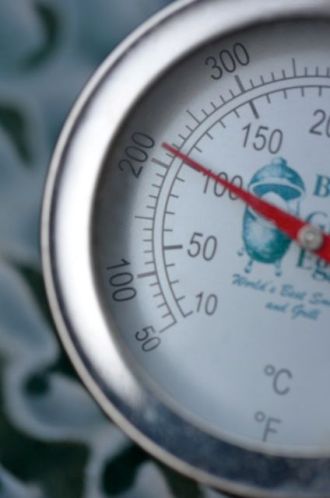 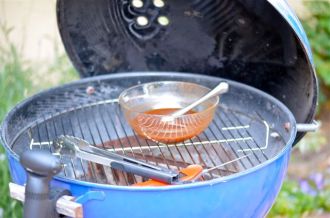 But there are a few differences worth exploring. Firstly, chickens don’t cook evenly due to an irregular shape and different target cooking temperatures for dark and light meat. This means you need to alter the shape of the bird for more even cooking (or cook it in pieces, which isn’t a bad idea, btw). You can either truss the bird into a bit of a ball or cut out the spine and flatten the bird as if “spatchcooking”. We flattened our bird, but trussed birds do cook evenly as well. 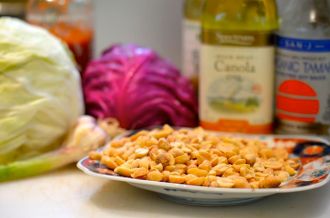 Secondly, rather than placing a dry spice rub on the bird, we use a liquid mixture of spice rub, vinegar, molasses and ketchup to baste the bird during cooking. This is traditionally called a “mop” and is rarely used on pork shoulder, but is often used on pork ribs to keep them moist, and this works equally well for chicken. You can also reduce any left over mop into a sauce, if you like. It is also worth noting that we use our standard pork rub on the chicken, but if you have a poultry spice mixture you like, we suggest you try it (this is the area where we will most experiment over the summer). 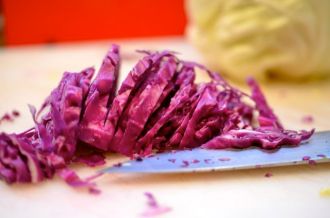 We indirectly smoke the chicken for about 3 hours (for a 3-4 pound bird) at 210 degrees over a mix of apple and cherry wood. Hickory may work here, but it is a strong flavor that may overwhelm the chicken. And the chicken will soak up a LOT of smoke, particularly the dark meat, so you want to be sure you like the smoke. Fruitwoods are milder and sweeter. We “mop” the bird on both sides, flipping as we go, every 15-20 minutes for a nice glaze and a touch of spice.

We pull the chicken from the smoker when the breast is at 160 and the leg/thigh closer to 175 and let the bird rest for 10 minutes. The brine and the low, slow cooking will keep the chicken very moist. The breast will have a touch of smoke and spice, the thighs will be a perfect blend of flavors and the drumsticks and wings will be very smoky (and good, they taste like bacon). Serve with the sauce of reduced mop or your favorite barbecue sauce.

As for a side, we suggest an Asian-inspired peanut coleslaw. This dish is easy to make and stands up to the strong flavors of the smoky chicken. All you do is thinly slice cabbage, add a bunch of peanuts (we like salted peanuts, but you can use unsalted and season later) and make a dressing of oil, rice vinegar, soy sauce, sesame oil, sugar, seasoning and Sriracha. Adjust the flavors as you go, it’s hard to go wrong. Make this while you smoke the chicken, let it sit in the fridge for an hour or so to let flavors meld and serve. The chicken is good on its own, but even better with a crunchy, crispy slaw. 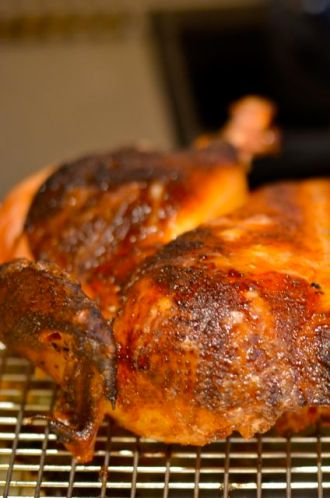 What You Get: Most, smoky chicken. A perfect summer dish.

What You Need: Pink / curing salt, for the brine. A smoker or grill you can set up for indirect smoking.

How Long? 2 days, mostly to brine the chicken. Smoking isn’t hard but you will need a few free hours to monitor your smoker. Weekend dish.